SEO Blog from the new Sim64

sim64.co.uk is now over 17 years old and basically consists of 3 blogs on one website.

Back then I was working full time in the construction industry and had never even owned a PC, I was working all hours in all weathers for not much money, a typical day was leave the house at 7:15 and not be back home until 17:45.

I was hooked straight away and rather than coming home from work in the evenings and switching on the tv I would switch on the PC.

I soon discovered GeoCities, started playing at building websites and a couple of months later registered my first domain sim64.co.uk

My next site was www.wheelchair-ramps.co.uk I built this as I was working in the building industry, saw all the new regulations about disabled access coming in and noticed not many people were selling portable wheelchair ramps at the time.

It was more for fun than anything else, I hadn’t set the business up at the time, did not have a supplier and knew very little about business.

I initially just got some images and info of a ramp manufacturer, built about 5 static html pages, put my telephone number on it and forgot about it.

A few weeks later the phone rang and much to my surprise it was somebody wanting to buy a wheelchair ramp. I had to explain it was just my little test website, I didn’t actually sell ramps and wasn’t a business.

A week later I had another call, then another, then another and I thought this is crazy, I’m getting these enquiries from people wanting to buy wheelchair ramps, so why not sell them.

The next time someone phoned I asked them how they had found me, and they said via the Google Search engine. I went and had a look, did a search for wheelchair ramp and there I was top 3 in Google. Almost by accident I had become an SEO.

This lead to me finding a supplier, setting up a business and then learning more about building websites.

Back then, as well as building websites, I was also hooked on Usenet  and would spend hours in newsgroups, mainly lurking but also occasionally joining in with conversation.

After finding out about Google I joined the Usenet newsgroup Alt.Internet.Search-Engines and taught myself all about search engine optimisation.

This is where www.sim64.co.uk comes in to the story, this was my main site for testing SEO, talking SEO, the site I used in SEO competitions and also the site I used for affiliate marketing.

In it’s heyday Sim64 was regularly earning me over £1,000 a week from affiliate marketing until one day I pushed the SEO too far whilst testing out some shady SEO tactics in the SEO competitions and the whole site got hit by the infamous Google Minus 30 penalty.

I tried for a few months to get this lifted, cleaned up all the content, sent in a re-inclussion request, but no joy. With all the top rankings now gone, the traffic dwindled and I made the decision to just delete all the content except about 5 pages, mothball the site and move on to another one.

I would regularly check to see if it started ranking again, but no, not even for it’s own name. Then about 3 years later a friend emailed me to say he had seen sim64.co.uk top for Sim64 again. After at least 3 years the penalty had been lifted.

So, what next? I tidied it up more, added a bit more content but never bothered doing anymore than just using it as a sideline blog for about 18 months.

Then on July 27th 2011 I decided I would give it a complete revamp, move a lot of the static pages in to WordPress, set up a secondary WordPress install and start using it a bit more often.

What for? I never really decided.

November 2016 I again gave it a little tweak.

I put my own very, very, simple theme on the uk blog version of it, trimmed down a lot of old pages and sorted out the categories better.

Problem is – I still haven’t decided why 🙁

This section is divided in to 5 main categories;

To be honest though, most of it should be in Waffling 🙂

The other blog section of this site can be found here – blog. 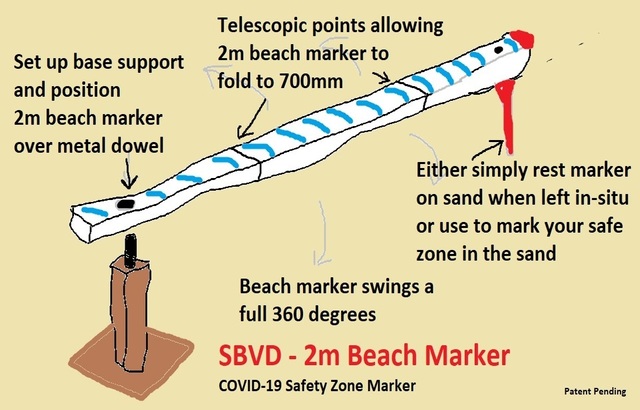